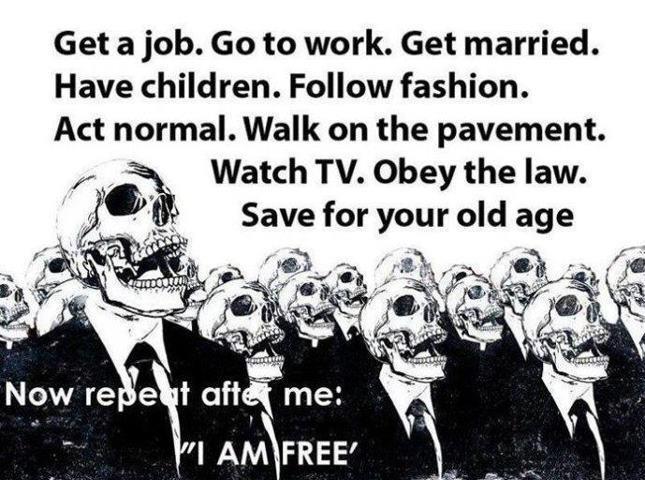 I recently saw a posting on Facebook that noted all the things we think we have to do each day just to maintain our current lifestyles. We consider ourselves to be living in a free society yet the amount of meaningless activity we are required to perform – even beyond the actions mentioned in the Facebook post – would indicate that we are far from free.

One person commented on the posting that the alternative is to live in a hole.

We are enslaved to certain processes and, although it could be argued that the enslavement is benevolent, the lifestyle we accept, while not brutal, does not really satisfy anything beyond basic needs. Many people rise above the day to day mediocre pursuits and achieve some level of self-actualization. Yet this is often in spite of the living conditions we generate rather than because of them. Our society is based upon money. To be somewhat free in any sense while remaining part of society requires us to have as much money as possible. So, possibly the 1% made famous in recent protests, the few with ample financial resources, are the only ones who might potentially be considered free (although even they suffer from the emotional and spiritual inadequacies built into the framework of society).   Acquiring a lot of money and control of resources seems to be the road to freedom in society – it certainly grants people certain liberties regarding movement and lifestyle choices. But is this all there is to freedom? 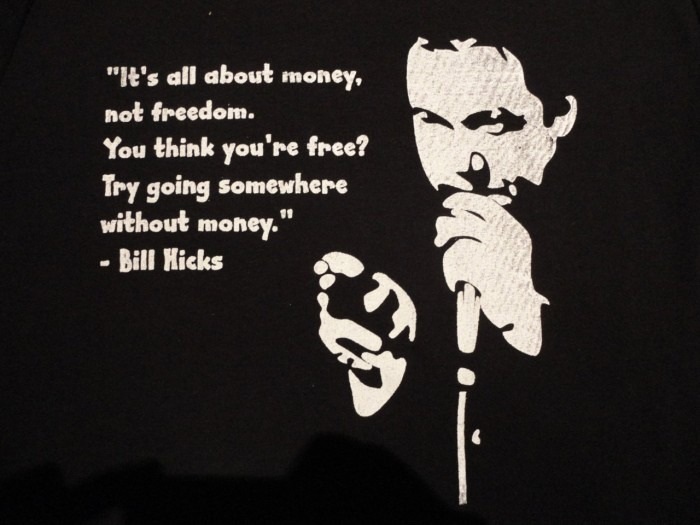 To acquire wealth, one must commit to its pursuit whole heartedly – physically, mentally, emotionally and spiritually. I’m going to discount from this equation the minority of individuals who are simply born wealthy or otherwise fall haphazardly into wealth. A small percentage of those people might be happy, free and prosperous based on their particular level of spiritual evolution. Most, I would assert, spend their meaningless lives in a hedonistic delusion with no purpose, no self-esteem, and no vision of life – just an insipid gaggle of giggling human geese. I suppose them to be only as free and happy as lunatics in a well-funded asylum who believe themselves to be Napoleon or Catherine the Great. 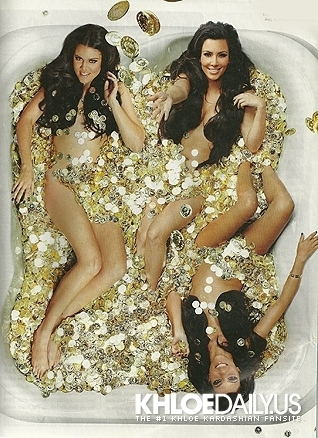 The wealthy that actually have a plan and vision for their lives and put out actual effort to achieve their goals are different. They are people who make things happen, who create possibility, and who generate specific, measurable results that are of benefit to their world view.

But are they free?

To re-work an old spiritual dictum – What you pursue enslaves you.

The Master Jesus said you cannot serve two masters: God and money. You must choose one. And the subtle point is that whichever you choose puts you into servitude. You become the slave of your chosen master. One of the meanings of Islam is submission to the will of God – in other words slavery to God.

At least in this conception you have a choice in your servitude – a benevolent master or a cruel master. What if you just opt out of the decision making process and float along like flotsam and jetsam on an ocean of vague activity? Sometimes serving one master, sometimes another as the current moves you? This is pretty much the condition of the majority of people in our present society. They amble along, content with their mediocrity, zombie-like and unaware of the possibilities they have passed by. People who have made a committed choice for their servitude are seen as weird or obsessive. The zombie masses are oblivious to their own wretched state.

There is a Zen saying that a true master eats when he’s hungry and sleeps when he’s tired. Even by this simple definition we can see that there are few masters in our society. Most people are told exactly when they can eat and when they can sleep; when they must work and when they can play. Even amusements and leisure time is dictated. But because we actually have something resembling leisure many refuse to acknowledge their non-free status.

To be free, we require certain characteristics to be present. These are just a few of them:

As the poet says, “stone walls do not a prison make, nor iron bars a cage.”

A person can be free while in a jail cell and a captive while roaming the streets.

If someone tried to put a shackle on your leg, you would likely resist and do whatever you could to release yourself. But when a government or institution imposes their will upon us, many do not realize the danger. In our society, invisible shackles are everywhere. There are many who would happily turn human beings into commodities and many who blithely accept this condition. We are so easily and cheaply purchased with trinkets such as high-speed internet and high definition TV. And we nod cheerfully in our captivity at promises of a shorter work week and a longer retirement. 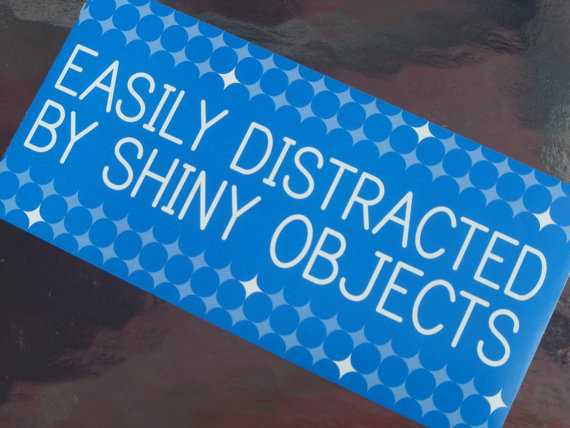 There are two cats that live with me. I feed them, clean up after them, pay their medical bills, bring to them treats and toys and give them the run of the house. But anyone who knows cats knows that however much they purr while you brush them, they would be even happier outside, hunting for their own food and sleeping on the grass. Cats make do with our hospitality, but they know what real freedom is. They are not afraid to leave the comfort of our armchairs and venture into the unknown. We on the other hand live in terror that our bank accounts might be frozen or our electricity turned off. We are captives of our own insecurities.

Our modern society is based on 4 dynamic pillars: the industrial revolution that created the culture of factory workers, the banking system that finances industry and benefits most from it, and the Leviathan government that backs up the financiers and industrialists with military force if needed. The fourth pillar is our own complacency and tacit complicity in the process. Despite the strength of the other three pillars, without our agreement the whole system would collapse. The politicians, the financiers and the industrialists need us – and they have foisted on us the big lie that WE need THEM.  We don’t. Prior to the industrial revolution and the colonial governments that spread the culture of money around the world, most people enjoyed happy and free lives that included attainment of the highest levels of self-actualization. The person that thought the alternative to living in our society is living in a hole is wrong. The Native American people weren’t living in a hole prior to the European invasion; the Australian aborigines weren’t living in a hole prior to British colonization; the people of Africa, South America, Asia, and the pacific islands were not living in holes prior to Globalization. Rich, ancient cultures thrived for thousands of years without factories, banks and leviathan governments. Of course, there existed war, physical slavery, brutality, greed, corruption and vice of all kinds throughout the world. But look around – these things still exist today despite the dubious protection promised by swift talking politicians and the commercial interests they support. If we have hope for freedom, we must constantly be working to elevate ourselves and our community beyond the need for the violent traits and greedy natures that seem to be inherent in our biology. And to do this requires only knowledge and faith in ourselves. Industrialists, financiers and politicians will not do it for us. They thrive on our ignorance and will not alleviate it. Why should they? If the people allow themselves to wake up and accept the reality of freedom, those sectors of society would cease to exist.

Freedom is the understanding that we do not need industrialists, financiers or politicians to have a happy, meaningful life – THEY NEED US.  When these groups seek to dominate and manipulate the people for their own selfish ends – when they seek to hold back social progress, restrict technology and innovation, plunge society into debt, engage in violent conflict between nations, pervert education, control art and entertainment, and generally enforce a culture of mindless consumerism – the people must stand up and say NO. The politicians, financiers and industrialists are not the masters of society but they are growing in power. They have already curtailed democracy and capitalism and are converting humans into commodities for their own amusement. They must be pushed back into their rightful positions as servants of the people. Remember, despite the lies they spread at every opportunity we do not need them – THEY NEED US! 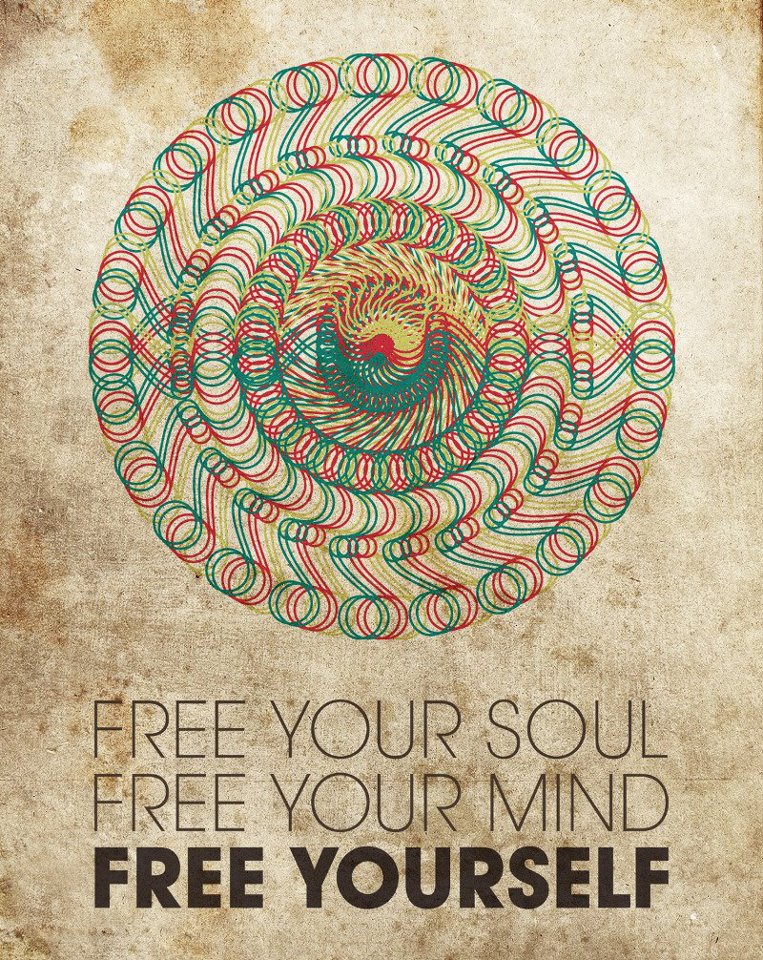