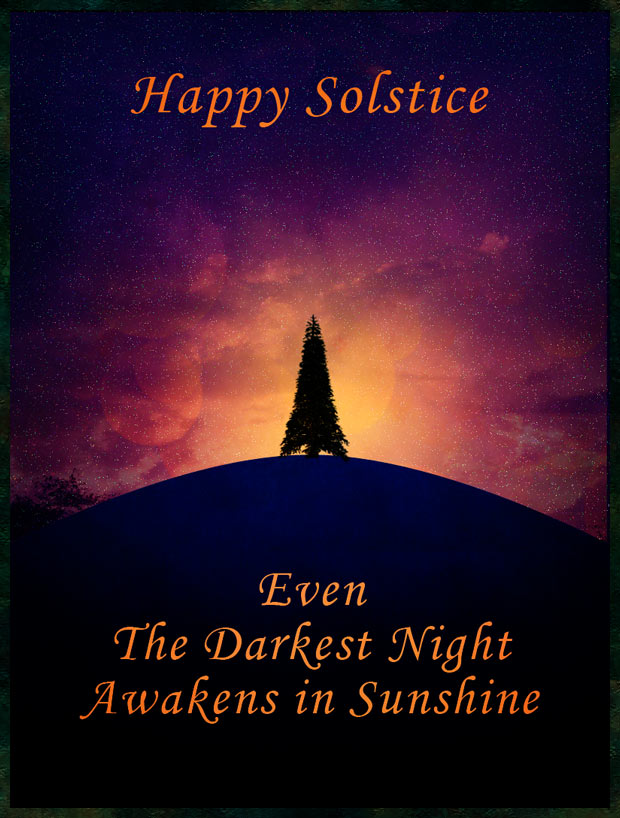 In Ancient Rome the winter solstice festival Saturnalia began on December 17 and lasted for seven days. It was held to honor Saturn, the father of the gods, a gloomy old fellow who carried a sickle like the figures of Death and who ate his own children rather than let them surpass him. For new life to flourish, for the sun to rise again, it is necessary to vanquish this old man. Therefore, the feasting and merriment of the midwinter season are religiously mandated in order to combat the forces of gloom. The festival was characterized by the suspension of discipline and reversal of the usual order. Grudges and quarrels were forgotten while businesses, courts and schools were closed. Wars were interrupted or postponed and slaves were served by their masters. Masquerades often occurred during this time.

In modern times Christians all over the world celebrate the birth of Jesus Christ on Christmas. However, Christ’s birthday was not celebrated on December 25th until the 4th century. Before then, December 25th was best known as the birthday of the Persian hero and sun-god, Mithra. The myth tells that he sprang up full-grown from a rock, armed with a knife and carrying a torch. Shepherds watched his miraculous appearance and hurried to greet him with the first fruits of their flocks and their harvests. The cult of Mithra spread all over the Roman empire. In 274 AD, the Roman emperor Valerian declared December 25th the Birthday of Sol Invictus, the Unconquerable Sun. Thus in the Roman world there were 3 important holidays centered around the Winter Solstice – Saturnalia, the Birth of Mithras and the Birth of the Sun. When Christianity rose to dominance, the festival of Christ’s birthday moved to this time to offset the pagan influence. But, as the birth of Christ is seen as the time the true Light came into the world, that celebration fits well with the basic theme of the season. 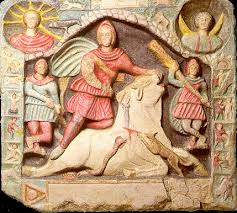 The return of the light is the most prominent feature of most midwinter festivals. In Sweden on St. Lucy’s Day, young girls don white dresses and a wreath of candles and awaken their families with cakes and song. Hanukkah, the Festival of Lights, is celebrated by lighting candles over a span of eight days. The Christian custom of the Advent wreath, with its four candles, one lit each of the Sundays before Christmas, is another way of re-kindling the light. 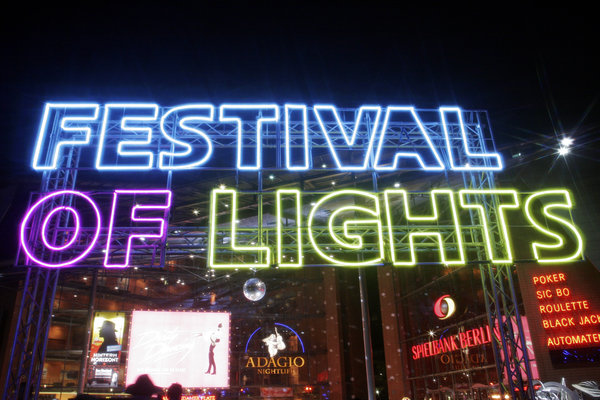 Christmas is also referred to as Yule, which may have derived from the Norse word jól, referring to the pre-Christian winter solstice festival when ancient believers celebrated the rebirth of the Sun God and days with more light. This took place annually around the time of the December solstice and lasted for 12 days. Fires were lit to symbolize the heat, light and life-giving properties of the returning sun. A Yule or Juul log was brought in to the house with great ceremony on the eve of Solstice and burned on the hearth in honor of the Scandinavian god Thor. It is important that the Yule log be the biggest and greenest log available since the Solstice festivities will last only as long as the Yule log burns. Usually it is decorated with holly and ivy and other evergreens of the season. Some people prefer to use the Yule log as a decoration and place candles on it instead, thus transforming it into a candelabra like the menorah or the kinara. A piece of the log was kept as both a token of good luck and as kindling for the following year’s log. 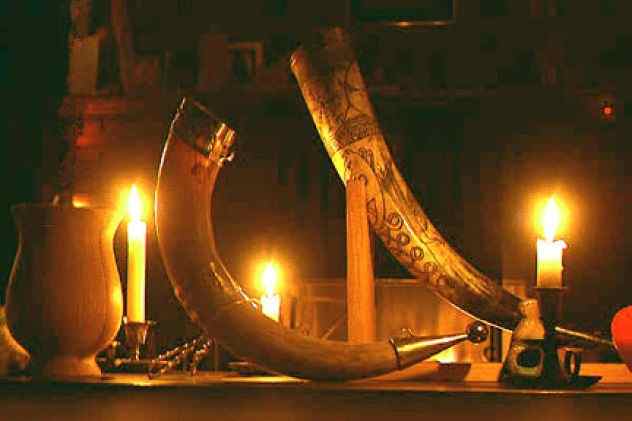 In England, Germany, France and other European countries, the Yule log was burned until nothing but ash remained. The ashes were then collected and either strewn on the fields as fertilizer every night until Twelfth Night or kept as a charm or as medicine. French peasants believed that if the ashes were kept under the bed, they would protect the house against thunder and lightning (just like the Christmas candle in Denmark). 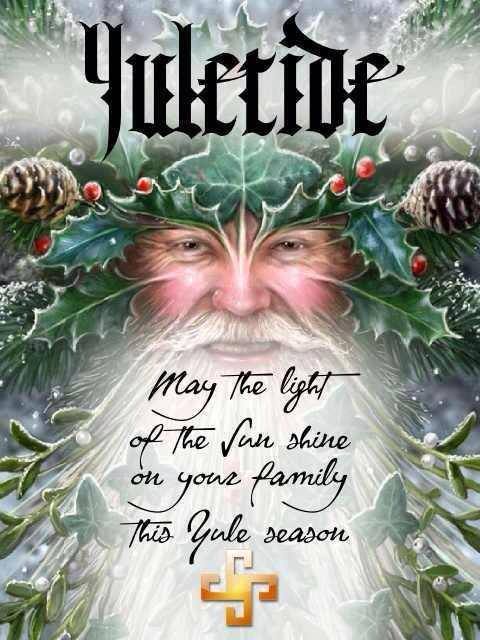 Another ancient midwinter custom is decorating with greens. The Romans decorated with rosemary, bay, laurel, holly, ivy and mistletoe. The holly and ivy were also both important midwinter plants in Great Britain and Ireland, 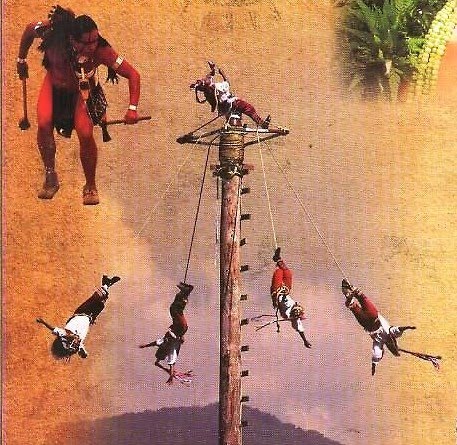 During the Winter Solstice, you should enjoy yourself as much as possible. This will help bring Light back into the world. Different traditions mention feasting, gambling, playing pranks, giving gifts, visiting, drinking, dressing up, fornicating, putting on plays and staying up all night. During the dark of winter, invoke all the forces of pleasure and love which make life worth living. Fill your home with lights and sparkling ornaments. But don’t forget about the darkness – that’s important too. Honour the Dark before calling in the Light. Perhaps you could do an “energy fast.” For the whole day, keep all lights and electrical appliances off. Think about your life and the darkness around you. Release your resentments and regrets into the darkness, knowing they will be transformed. Write about them in your journal or write them on slips of paper which you can burn in your Yule fire. Use your holiday cards to make amends to people you’ve hurt or neglected. Then, when you light your candles and your fire, do so with the intention of bringing the True Light into the world. What ways can you think of in which you can help make the world lighter? How can you bring light into the lives of those around you? Think about this and make a conscious effort to increase the amount of light you create. 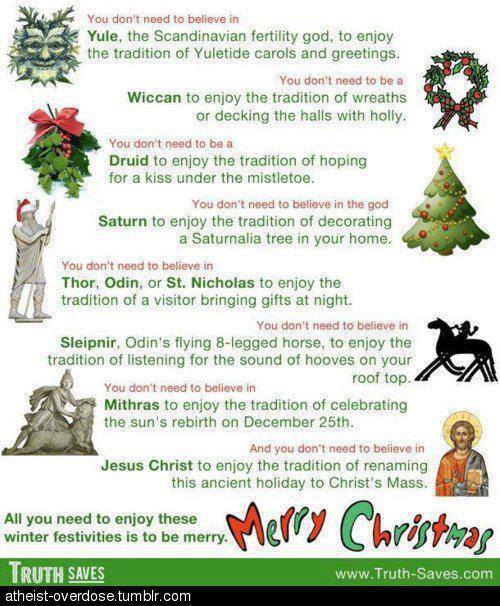 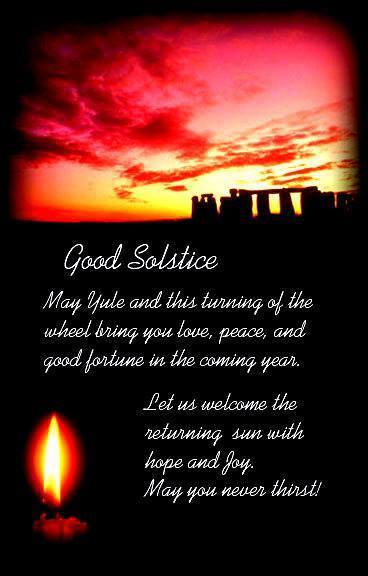