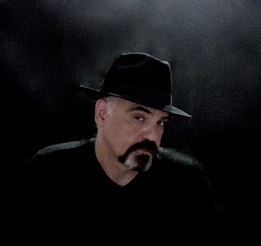 This site is intended as an educational resource with a mission to generate the space and opportunity for people to experience at least a moment of awakening – a flash of enlightenment.

There are approximately 41,000 different Christian denominations and organizations in the world today and I don’t think any of them want you to be enlightened. Yes, they want you to do good works and be a good person and help the world and all that – but enlightenment is NOT what they are about. The same can be said for Islam and Judaism – yes they also want you to be good God fearing, faithful people – but that’s not the same as enlightenment.

The founders of the major religions and denominations were certainly enlightened individuals – and that is the problem – enlightened people either go off to live in a cave somewhere or they start their own religion (or website). They develop a personal agenda that is often contrary to the established order.

This is also true of Buddhism, Hinduism and other Eastern religions. There aren’t as many Buddhists, Taoists etc. as there are Christians or Muslims – but they also have numerous denominations. For example, there were many Buddhas before Siddhartha and there have been many Buddhas since – although Siddhartha is considered the Supreme Buddha and the founder of Buddhism. Many of the latter Buddhas or at least their followers have founded somewhat competing branches of the teaching. There is Tibetan Buddhism, Japanese Buddhism, Chinese Buddhism, Korean Buddhism, even American Buddhism. However, unlike Christianity and Islam, Buddhism does not have a personal God form. It does not seek converts and is not trying to get anyone into heaven. It only provides a teaching system for leading people to enlightenment – with no promise that you will get enlightened in this lifetime.   Because of this, Buddhism will never have the number of adherents connected to Islam or Catholicism. The same can be said about Paganism in its many forms, New Thought and Spiritualism and the many religious systems formed in the past few hundred years.

So, where do you look for enlightenment? And just what is enlightenment? That’s not an easy question to answer in a few words. Enlightenment is something like an awakening to the absolute reality that you, as an individual, exist only as part of something far greater than yourself and that your sense of individuality is an illusion. Illumination or enlightenment exists over a range of experience from a mild half-wakefulness to fully alert cosmic awakening.

Why would anyone want to attain such a state in this modern, technology dominated world? What would it mean to hold such knowledge in Europe, Britain or the Americas? Would anyone in our world today survive such an experience?

Despite the bizarre-ness of the state and the unspoken dangers associated with it – people actually are waking up every day. As these people travel along their individual paths they leave behind tracks and clues regarding the experience.

If you, now, are hearing the alarm clock ringing through your own dream state, you might want to do something about it. Perhaps you feel that life in a monastery or cave is not the path for you – after all, air-conditioning, central heating, television, the Internet, cell phones and rapid transit are hard things to give up. Fortunately there are other paths. Those that have gone before you have knowingly or even unknowingly prepared maps you can follow. The guideposts are found to a large extent in the art, literature and music of our world. They demonstrate the attitudes and point of view about human life that is most conducive to drawing out the enlightenment state from any of us who want the experience.

This website will extract a good deal of these tracks, clues and guideposts from the available cultural sources and present them for your review. Along with my own comments and discussions on the blog, this should be sufficient to facilitate some degree of awakening in receptive individuals. For those who are NOT receptive, it is hoped that the content on these pages is at least entertaining and informative.