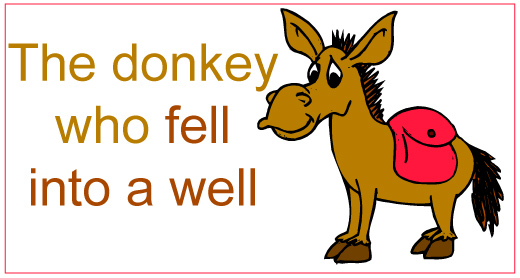 One day a tired, old donkey was strolling around his farm. His only concern was his tired old bones and his stiff muscles. He wasn’t paying much attention to where he was going when he suddenly stumbled and fell down into a dried up well.

The animal was terrified and began to bray and cry pitifully. The old farmer, hearing the poor donkey cry, rushed to see what the matter was. He looked down the old well and saw the poor beast, helplessly crying way down at the bottom. The farmer tried to think of some way to get the donkey out of the well, but he was old and weak himself and just could not do it. The donkey, of course, could offer no suggestions. All he could do was bray and plead for help.  After a few hours, the farmer regretfully came to a decision. He decided the animal was old, and the well needed to be covered up anyway; it just wasn’t worth it to save the poor, old donkey.

He got a shovel and started throwing dirt down into the well intending to just fill it up and bury the donkey at the same time.

The donkey began to cry even louder. But the old farmer shut his ears to the sound and continued shoveling dirt into the well.

After a while, some neighbors came by to see what was happening. The farmer explained the situation and the neighbors decided to help. They didn’t try to help get the donkey out of the well; they decided instead to help bury the poor beast and stop its pitiful wailing. The neighbors each got shovels and joined the farmer in throwing dirt into the well. 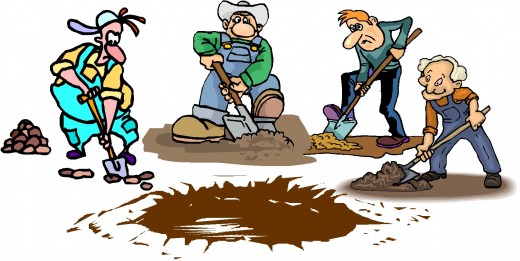 The poor donkey, realizing what was being done, began to cry even more. But the people convinced of their righteousness, shut their ears to the donkey’s cries and continued to heap dirt upon him.

And then something changed.

To everyone’s amazement, the poor old donkey quieted down. Some people, if they thought about it at all, thought that the donkey had just resigned himself to his fate and was preparing to die. But this was not the case. Something far more meaningful was happening in that well.

A few shovel loads later, the farmer finally looked down the well, perhaps expecting the donkey to be covered with dirt. He was astonished at what he saw. With each shovel ­full of earth that hit the donkey’s back, the donkey was doing something amazing.

Pretty soon the dirt was actually filling up the well and not covering the donkey. 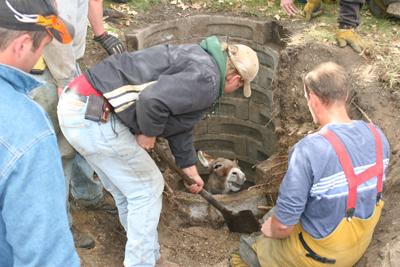 And then, to everyone’s amazement, there was enough dirt in the well for the donkey to climb up over the edge, and trot away as fast as his tired old bones could take him.

What is the moral of this story?

If you come up with a right answer, a switch might just go off in your soul and enlighten you. 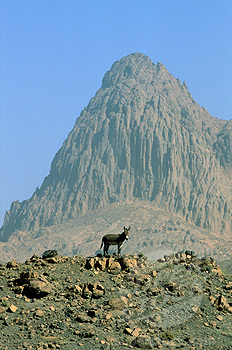