The Illuminati is a name given to several groups throughout the centuries, both real and fictitious. The name refers to the supposed enlightened or spiritually evolved character of the members of the group – the word itself means “enlightened ones.” The most influential Illuminati group was called the Ancient Illuminated Seers of Bavaria or more simply the Bavarian Illuminati. This was a secretive organization founded on May 1, 1776 by Adam Weishaupt to oppose superstition, prejudice, religious influence over public life, abuses of state power, and to support women’s education and gender equality.  The professed goal of the Bavarian Illuminati was to teach people to be happy by encouraging them to be good – by illuminating the mind and freeing it from prejudice and superstition. More modern goals in line with these sentiments would include total gender equality (including LGBT), racial equality, spiritual tolerance, and the promotion of literacy, prosperity and peace.  A key difference between the Illuminati and many spiritual organizations with similar aims is that the Illuminati were/are more militant and prepared to take strong action to achieve their goals. They are activists and their activism was geared towards educating the masses and influencing the powerful to support the elevation of the masses. With such an agenda, it is no wonder the group was outlawed along with other secret societies by the Bavarian government leadership with the encouragement of the Roman Catholic Church, and continues to be vilified today. 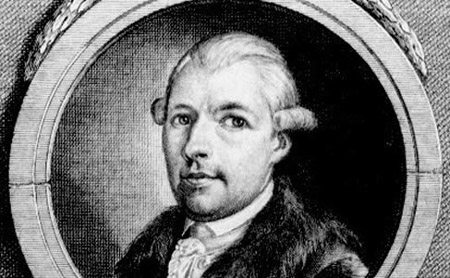 In subsequent use, “Illuminati” refers to various organizations claiming or purported to have unsubstantiated links to the original Bavarian Illuminati or similar secret societies, and often alleged to conspire to control world affairs by masterminding events and planting agents in government and corporations to establish a New World Order and gain further political power and influence. Central to some of the most widely known and elaborate conspiracy theories, the Illuminati have been depicted as lurking in the shadows and pulling the strings and levers of power in dozens of novels, movies, television shows, comics.

The Bavarian Illuminati did in fact try to infiltrate educational organizations, religious and metaphysical groups, and government institutions with the plan to convert key members to their way of thinking. They were advocating the establishment of a new kind of society – one based on the concepts known at the time as “Liberty, Equality and Fraternity.” These were ideas dangerous to the status quo. How successful they were is a matter of dispute. It is clear, however, that their activism scared the ruling classes in their own time and continues to scare people today.

So how does a group whose stated goals include: ending superstition; limiting the oppressive powers of government, the established religion of all denominations and state backed institutions; elevating the status of women; raising up the poor and disenfranchised; promoting worldwide education; and eliminating economic disparity and war come to be seen as some sort of demonic society bent on enslaving the world? Well, maybe an evil organization has taken to calling themselves the Illuminati but they actually have a completely different agenda. Or, maybe the people who vilify the Illuminati are the ones who want to spread superstition, maintain the oppressive elements in the government and religions, and want to deny people an opportunity to learn, grow and advance. After all, if you happen to be a despotic ruler and you know that there is a group plotting to kick you off your throne, you probably would consider that group to be the biggest threat to social stability on the planet. 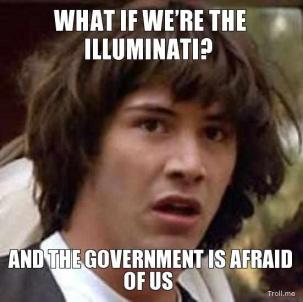 Or perhaps it is the Illuminati themselves defaming their own reputation in order to divert attention from their true agenda. The real Illuminati, if they exist, must always function in opposition to the current power elite since it is impossible to be both Enlightened (illuminated) and at the same time seek to dominate the world. Therefore they must operate in secret, behind a variety of masks. The people currently accused of being Illuminati – the financiers, industrialists and politicians – are clearly NOT enlightened. Look instead for groups that oppose government attacks on personal freedom; oppose religious domination of society; promote gender and racial equality; and promote literacy, prosperity and peace.

Adam Weishaupt described preferred members of the Illuminati this way:

“Whoever does not close his ear to the lamentations of the miserable, nor his heart to gentle pity; whoever is the friend and brother of the unfortunate; whoever has a heart capable of love and friendship; whoever is steadfast in adversity, unwearied in the carrying out of whatever has been once engaged in, undaunted in the overcoming of difficulties; whoever does not mock and despise the weak; whose soul is susceptible of conceiving great designs, desirous of rising superior to all base motives, and of distinguishing himself by deeds of benevolence; whoever shuns idleness; whoever considers no knowledge as unessential which he may have the opportunity of acquiring, regarding the knowledge of mankind as his chief study; whoever, when truth and virtue are in question, despising the approbation of the multitude, is sufficiently courageous to follow the dictates of his own heart, – such a one is a proper candidate.”

“The tenor of my life has been the opposite of everything that is vile; and no man can lay any such thing to my charge.”