Back in the 80’s I saw some graffiti that read “Eat the Rich!”

The words were very clearly written and everything was spelled correctly – not like today’s graffiti which is legible only to some strange, disenfranchised elite that requires no knowledge of spelling, grammar or penmanship to exist. To me, modern graffiti is more like the territorial markings of dogs rather than an attempt at communication. I could be wrong. I suppose dog pee is a form of communication. 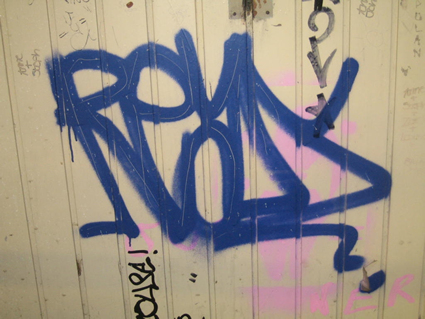 Anyway, the phrase “eat the rich” is probably derived from a statement made by French philosopher Jean-Jacques Rousseau. He said something like – “When the people shall have nothing more to eat, they will eat the rich.”

The sentiment was popular during many uprisings including the Russian “October Revolution,” and the Chinese “Cultural Revolution.” In these cases, the statement might have been acted upon:  Something for rich people to remember in our troubled times.

I can’t recall for sure if I saw the graffiti before or after the 1987 British movie by that name came out. The phrase might just have been a cool trope back then – I have not researched it.

I do recall that I disagreed with the statement. My response was – “we should eat the poor, there are so many more of them.” At the time I still thought I might be rich one day and I didn’t want the masses getting any ideas about putting me on the menu. I don’t know when I actually came to the realization that I would never actually be rich – not like Carlos Slim Helu or Bill Gates – not rich in any material sense – but one day I figured it out.

There’s a wonderful book by Kurt Vonnegut called God Bless You, Mr. Rosewater in which some concepts of riches are spelled out. In the story a son argues with his father about wealth and responsibility. The son begins:

I think it’s terrible the way people don’t share things in this country. The least a government could do, it seems to me, is to divide things up fairly among the babies. There’s plenty for everybody in this country, if we’d only share more.

“And just what do you think that would do to incentive?”

The Money River, where the wealth of the nation flows. We were born on the banks of it. We can slurp from that mighty river to our hearts’ content. And we even take slurping lessons, so we can slurp more efficiently.

From lawyers! From tax consultants! We’re born close enough to the river to drown ourselves and the next ten generations in wealth, simply using dippers and buckets. But we still hire the experts to teach us the use of aqueducts, dams, reservoirs, siphons, bucket brigades, and the Archimedes’ screw. And our teachers in turn become rich, and their children become buyers of lessons in slurping.

“It’s still possible for an American to make a fortune on his own.”

Sure—provided somebody tells him when he’s young enough that there is a Money River, that there’s nothing fair about it, that he had damn well better forget about hard work and the merit system and honesty and all that crap, and get to where the river is. ‘Go where the rich and powerful are,’ I’d tell him, ‘and learn their ways. They can be flattered and they can be scared. Please them enormously or scare them enormously, and one moonless night they will put their fingers to their lips, warning you not to make a sound. And they will lead you through the dark to the widest, deepest river of wealth ever known to man. You’ll be shown your place on the riverbank, and handed a bucket all your own. Slurp as much as you want, but try to keep the racket of your slurping down. A poor man might hear.’ 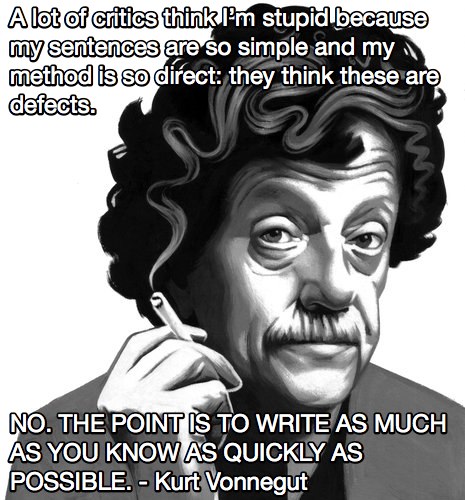 When I first read this I thought – “Vonnegut’s a hippy.”

Later I came to realize he was probably correct. Only a few people in the world have access to the Money River. Most of us will never see it. And some rich people are closer to the river than others.

There are three classes of rich people: first there are the truly rich, the generational wealthy, people who have been adding to and accumulating their money over hundreds of years. These people keep their names off the Forbes lists of wealthy folk – the common people don’t need to know about them. They are above all governments and law and pay no attention to the billions of humans they habitually exploit.

Next, there are the mid-level rich. These are the people that like to see their names on the Forbes Lists. They are the ones we hear about most often. For the most part they are greedy, unscrupulous, money grubbing, self-serving pricks – but they also fund art exhibits, hospitals, schools, orphanages and other charities so they have some usefulness.

Finally there are the upstart nouveau riche class that everyone despises – rich and poor alike. They are ambitious, overreaching and desperate to be accepted – but their vulgarity keeps them out of real society. These are the loud slurpers of which Vonnegut speaks.

This class ruthlessly plays the game of “Hog at the Trough.” They force their way to the food trough and cram their faces and bellies full of everything they can until someone stronger and more ruthless pushes them out of the way. They cause all the public financial problems in the world because they are stupid enough to want attention. But when the poor rise up, these are the people who will be eaten. 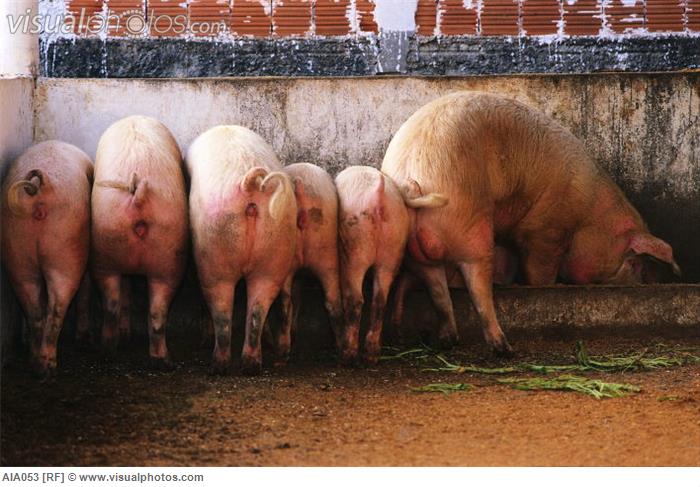 Clearly, if you look at the state of world, it is not the poor who create financial insecurity and social unrest – the poor have no such power. It is the rich that create conflict for the furtherance of their plutocratic agenda. The rich control the governments and own the military – it is not possible to blame any other class for the troubles of the world. The blame rests squarely at the feet of the rich and the corrupt politicians that worship at the shrine of their backsides.

Why do the masses tolerate this situation? It’s simple – most of the population is sleepwalkers just waiting to become zombies. They are sluggish, desensitized and delirious. When on those rare occasions the people are stirred to action what do they do? They ask the rich to help them fight the rich. This is craziness. This is why whenever a reigning plutocracy is deposed it just gets replaced by another one.

The solution is to give up fighting using weapons and tactics donated to us by our enemy. We need new weapons – weapons the enemy cannot overcome.

How do we develop such weapons? First we have to WAKE UP. Wake up using any means available. We must wake ourselves up and then wake up everyone else. This is the only way to save the world from the zombie slave state those ambitious few dream of ruling.