The Dog and His Bone – a Fable 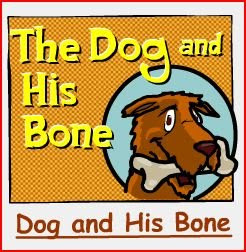 A young hound dog found a big tasty bone while out on his travels and held it tightly between his clenched teeth. He scowled and growled at anyone or anything that tried to take it away from him. Pleased with himself, he trotted off into the woods looking for a good place to bury his prize.

As he jogged along, he came to a stream, and merrily padded over a footbridge in his path. But his pleasure was short lived. Crossing the stream he happened to glance into the water below and saw his own reflection. Thinking it was another dog down there with an even bigger bone, he became envious and threatened the reflection in the water. He scowled and growled at the other dog; and the other dog seemed to scowl and growl right back at him.

Angry at the audacity of the other dog he thought “I’ll teach you to growl at me. I’ll get your bone as well, and then I will be truly satisfied.” 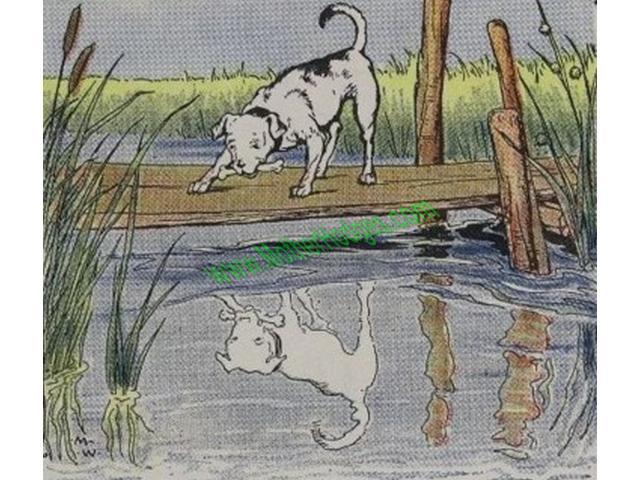 He opened his jaws, barked and made a grab for the other bone he saw in the water. Alas, as he tried to snap up the new prize, the big bone he held in his mouth fell with a splash, into the water and forever out of sight.

The moral of this Aesop’s Fable:  be satisfied with what you have because if you go running greedily after what somebody else has, you just might lose what you’ve already got.

Put in a more mystical way: when you seek fulfillment, be careful not to pursue false dreams and illusions or you might end up losing the good things you`ve already attained. 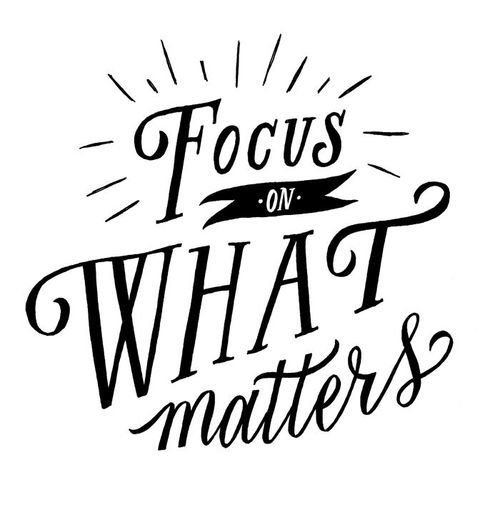